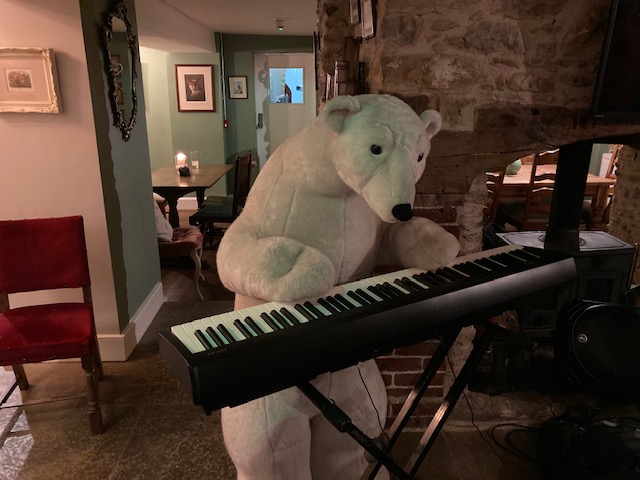 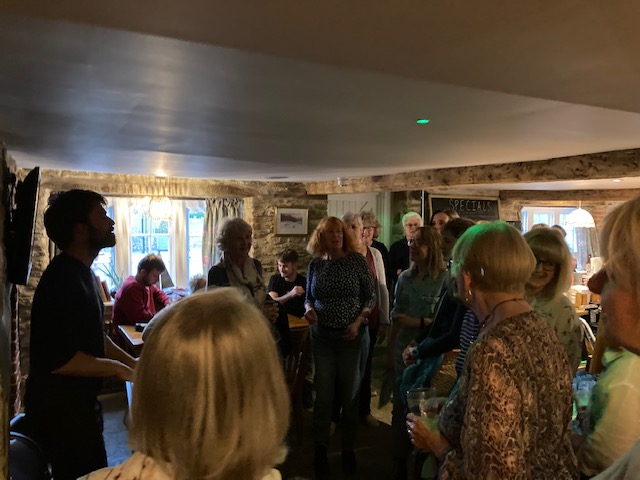 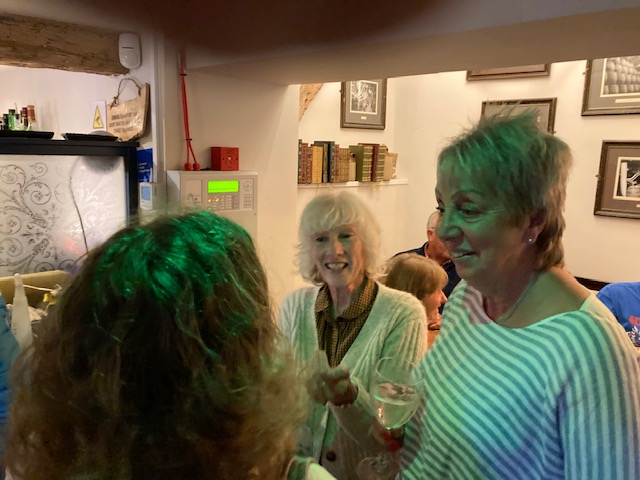 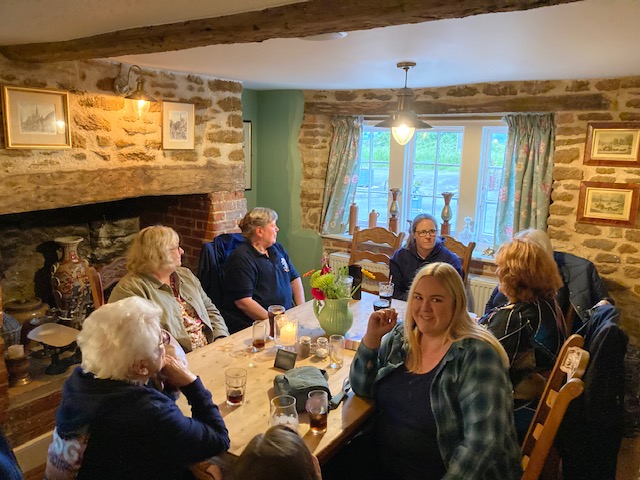 “Paws” for thought – bear with us – PSG Rocks at the “The Pewsham”pub/restaurant near Chippenham with guest key board player!.
Last Thursday saw PSG choir members getting together for another great social singing session at The Pewsham (Formally the Lysley Arms) conveniently placed between Chippenham and Calne. This was the latest in a series of informal get-togethers for PSG members creating the chance to meet others from all the PSG choirs that are now up running again post-Covid. We had singers from Devizes, Chippenham, Swindon, and Malmesbury. The pubs local customers loved the sound and -hopefully – a few may decide to join PSG after being wowed by our singing -and of course the guest piano player!

A varied informal programme included several new songs that have been added to our Pop Soul & Gospel repertoire – one of the latest being “You’re My Best Friend” by Queen, from way back in 1975! Whilst very much associated with Freddie Mercury, this was written by bass player John Deacon for, and about, his wife Veronica. The song with its 3, and 4 part harmonies really suits the singing style of PSG with sections for sopranos, altos, tenors and bass’s – PSG can fit any singing range into the choirs so why not come and join us?

Get ready for PSG’s next gig at THE ASSEMBLY ROOMS in Melksham on Sunday the 5th June at 6.00 p.m. – sadly without the bear keyboard player!