PSG 2019 Tour and Summer Party Rocked Wiltshire Like Never Before 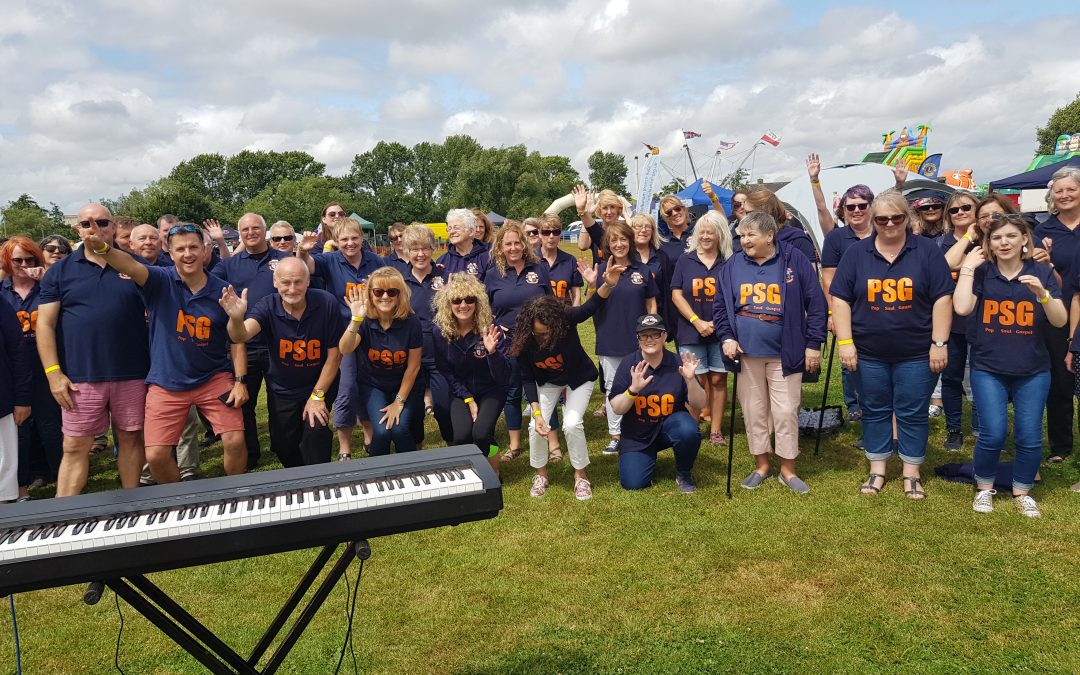 On the 20th of July 2019, PSG choir took no less than 100 members out on the road in two coaches to perform in the towns of Melksham, Trowbridge, Chippenham and Devizes. We performed 6 short pit stop concerts in one day including Melksham Party in the Park, The Tesco’s Superstore in Trowbridge, and Borough Parade shopping centre in Chippenham. We finished off the experience back in Bromham, where we had our PSG annual rounders game and enough food and drink to sink a ship!

The Tour raised £300 for Wiltshire Air Ambulance and for many new choir members, was their first experience of performing with such a big group! We can’t wait for the next performance on the 26th of August at the Box Rocks festival from 3pm until 3:45pm!