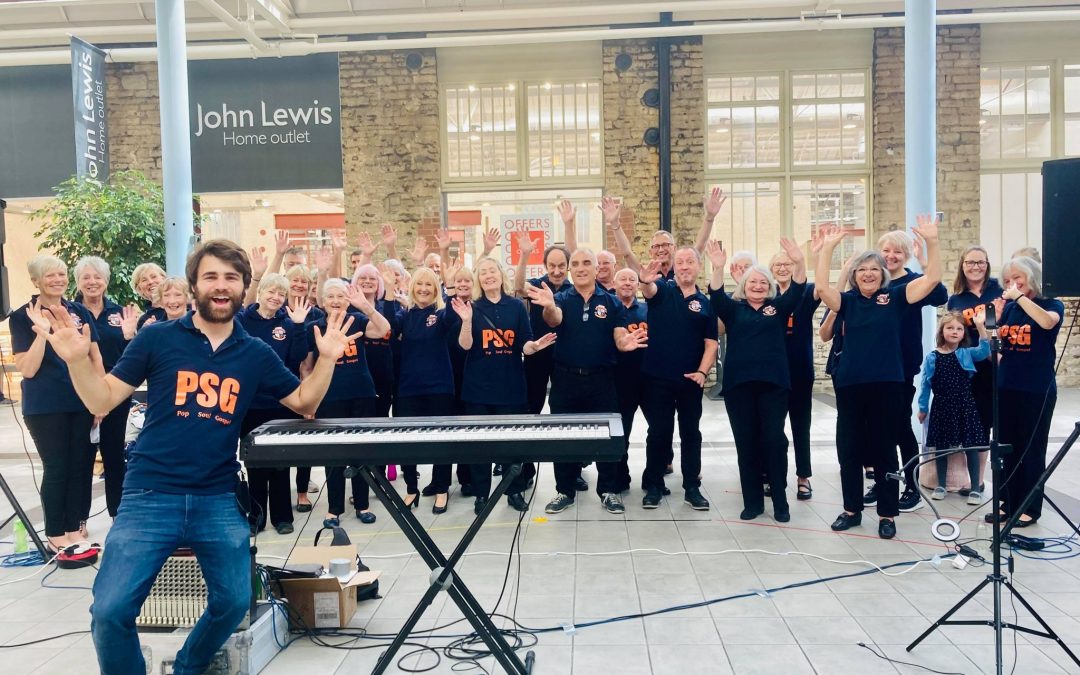 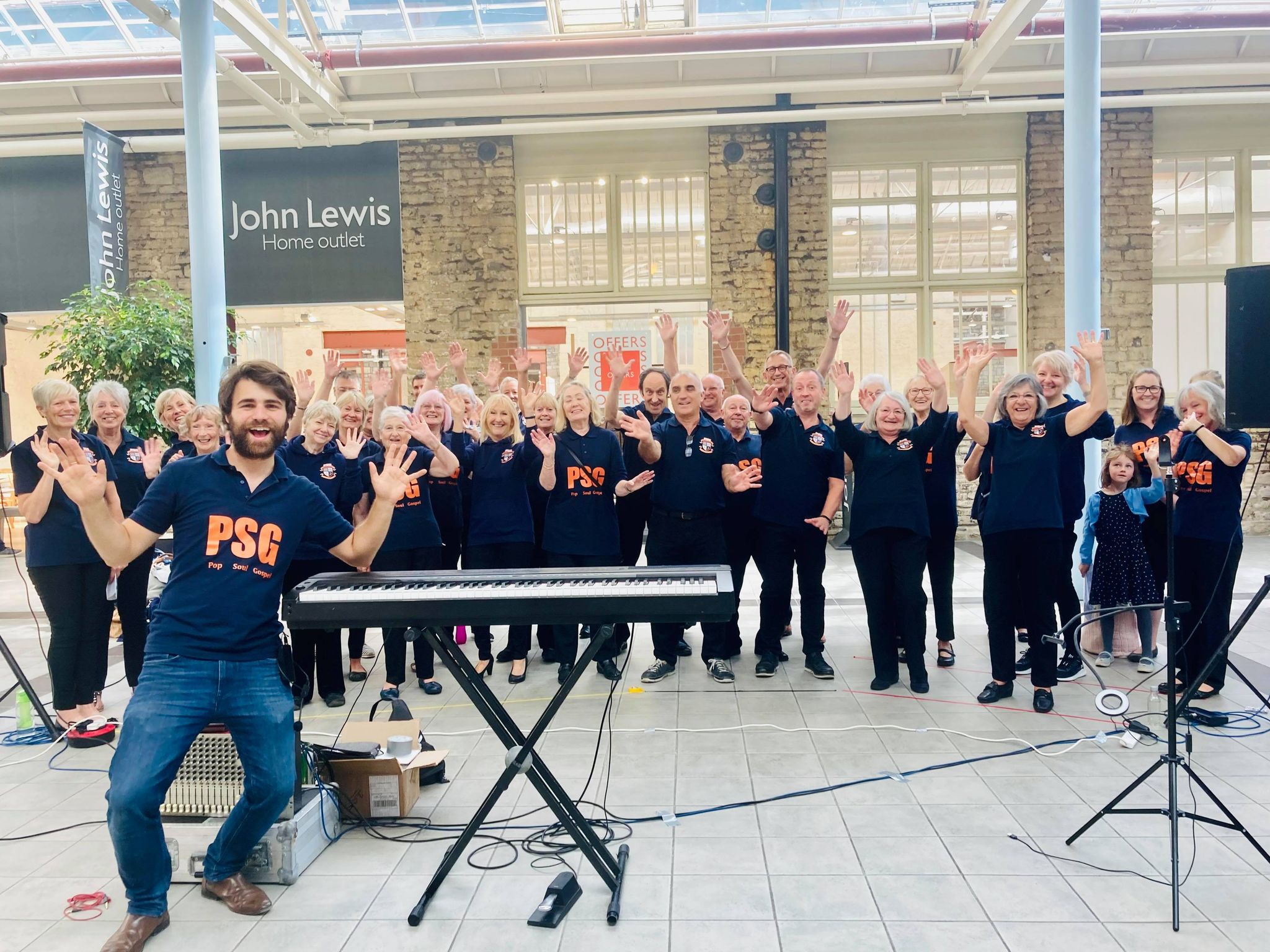 The energy with which the choir, joining the forces from a collective of Chippenham/Calne, Trowbridge and Devizes choir groups, packed a punch from the get go! High energy songs including Hold My Hand by Jess Glynne, Tina Turner’s Simply The Best along with Make Your Own Kind of Music created a buzzing atmosphere! 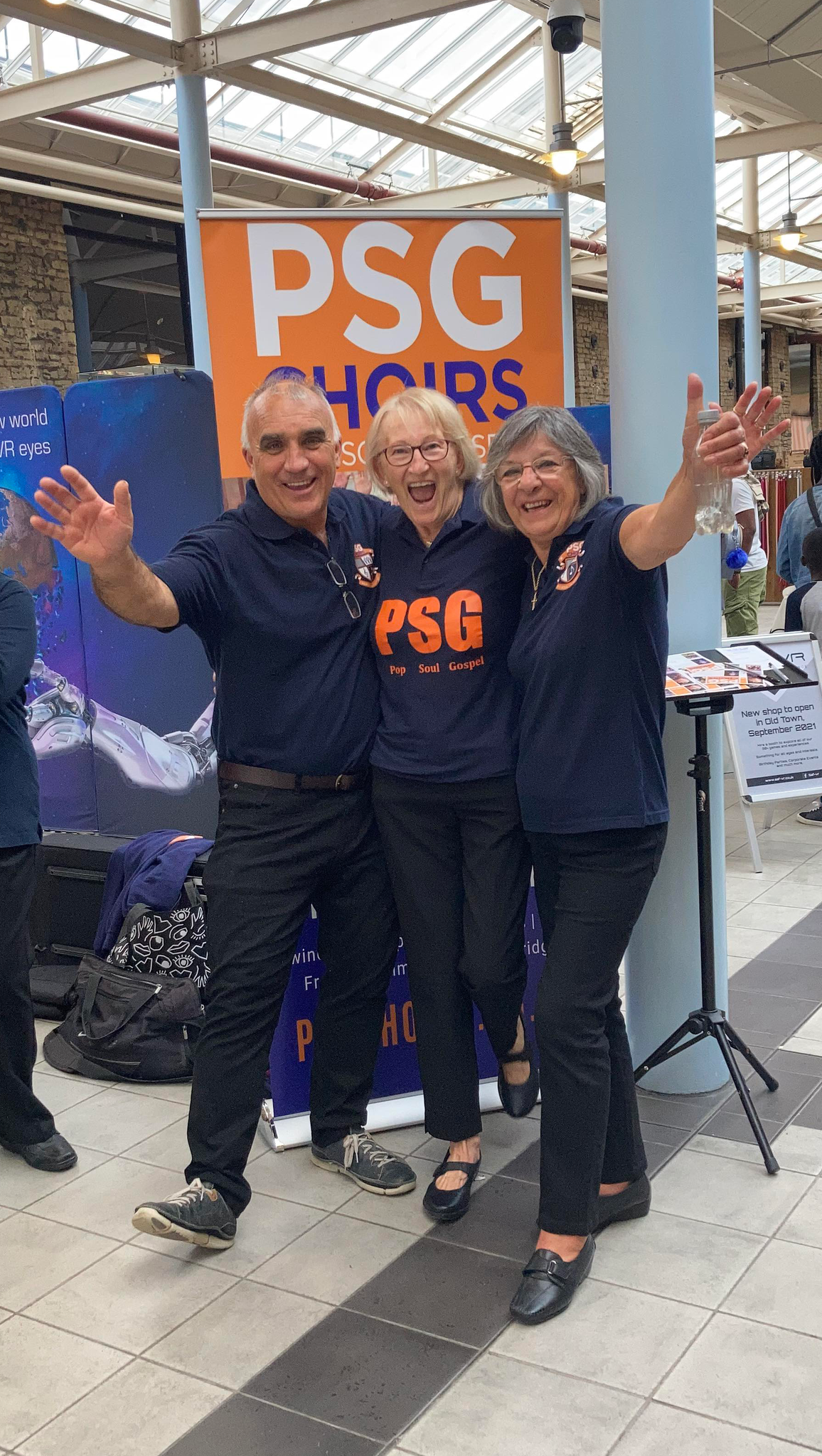 On Saturday 7 August PSG Choirs steamed into Swindon Designer Outlet Centre and gave the shoppers, visitors and staff a much appreciated lift to their day! A new concept for PSG was the Sing and Shop experience. Singing to an new captive audience whilst being rewarded with a Privilege Card discount provided by our hosts, the Designer Outlet Centre .

Alongside the more relaxed songs such as My Church and Free Fallin’ which held the audience’s attention due to the most amazing swell of sound inside the shopping quarter showed the listeners some of the different diverse sounds and sides to PSG Choirs. We wanted to give the people of Swindon news that PSG Choirs are launching at the Even Community Centre, just a stone’s throw from the shopping centre, in Jennings Street on Tuesday 7 September. With over 20 people already showing interest in coming along it is looking like PSG Swindon will kick off with a bang!

We received some fantastic comments and feedback including this…. I was just passing through the Outlet Village today and heard a wonderful sound echoing through the shopping centre and thought ‘I have to take a look’ and I’m glad I did as I love to sing and would love to be a part of something special We couldn’t sum it up any better. The PSG Experience is something truly special! We can’t wait to extend the reach of PSG Choirs not only to Swindon but also Bath, Malmesbury and Frome from September too! Our members had a blast singing together on Saturday. We entertained hundreds of people and most importantly we brought PSG Choirs to a new town for more people to get there taste of the of what PSG Choirs is all about and what is that? Well it’s ….. Friends Music and Memories