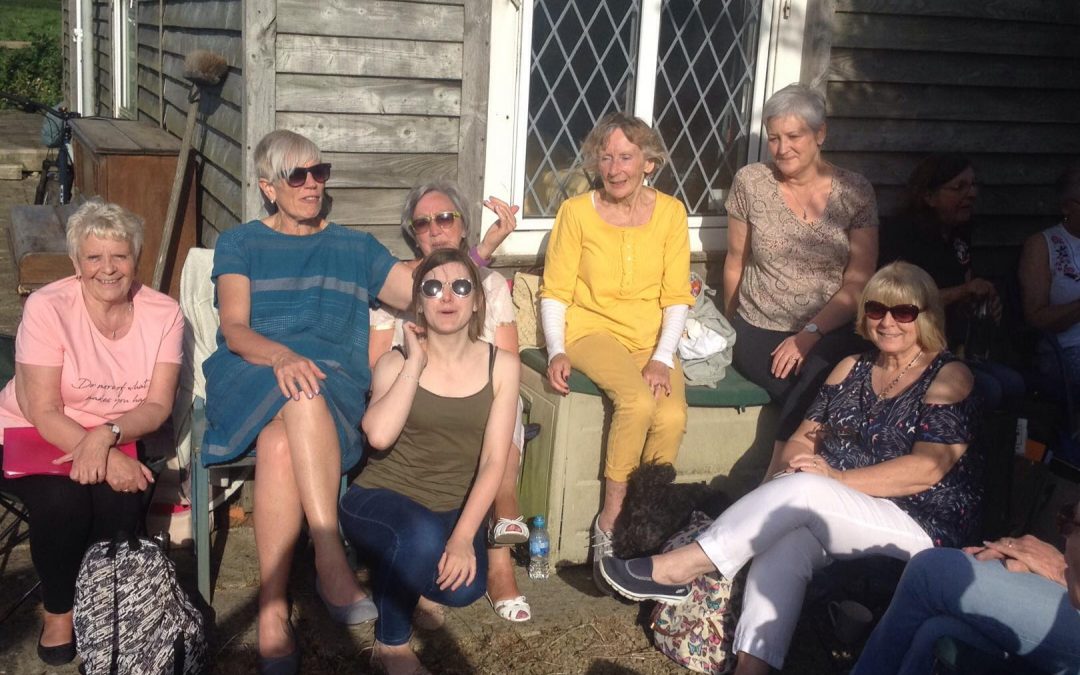 It was sad news that one of our long standing first sopranos died of a rather aggressive cancer on Tuesday 1st February. Some of you had noticed she had not been at rehearsals since December as she was isolating before hospital treatment that month. She had decided, reluctantly, not to attend the PSG Christmas session at the Northey Arms for the same reason. Fearsomely independent, she accepted help reluctantly and did not like the loss of independence whilst she was unable to drive – but accepted the lifts gracefully to enable her to be part of the PSG family.

Sheelagh joined PSG in the early days at Devizes when her friends, who had been singing with her in another choir, convinced her of the fun of singing with PSG. She became a very loyal member of the “first Sops” and loved the friendship and support from her fellow choristers and was always eager to be part of PSG’s many public performances and town tours.

Sheelagh was a strongly independent lady and project-managed several building restoration projects. Also being a farmer at one time – amongst other things – she did not shrink away from tossing bales of hay and managing breeding rams and cattle!

Her interests were very broad and she went all over the place to learn how to make chairs from green oak and became very proficient at furniture restoration and upholstery searching auction sales for potential projects.

She was a member of the Arts Society (National Association of Decorative and Fine Arts) and would go off to the lectures and presentations on paintings and painters to sate her thirst for knowledge. This extended to learning about buildings and estates across the region, and she was always keen to talk about world and national politics.

We will miss her. 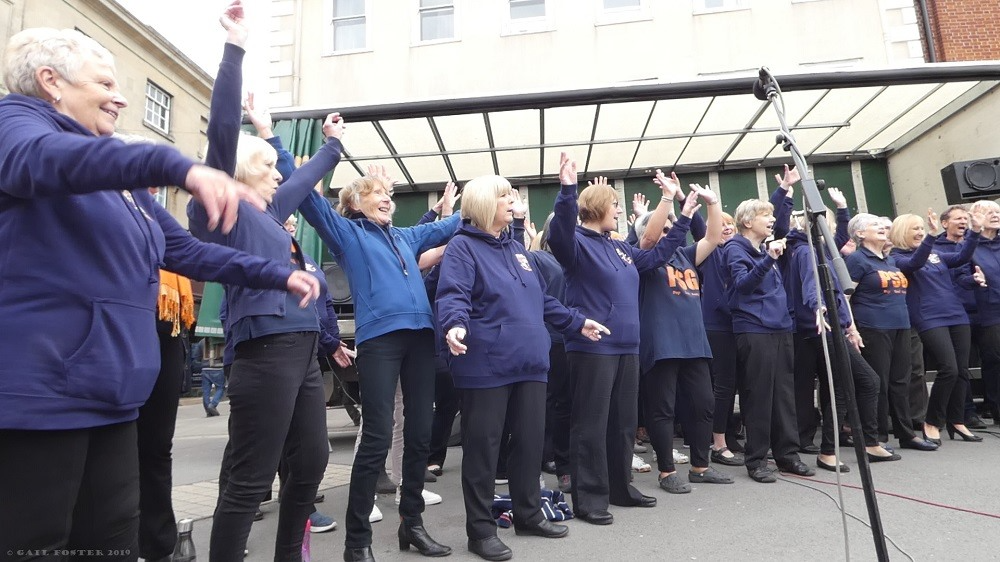 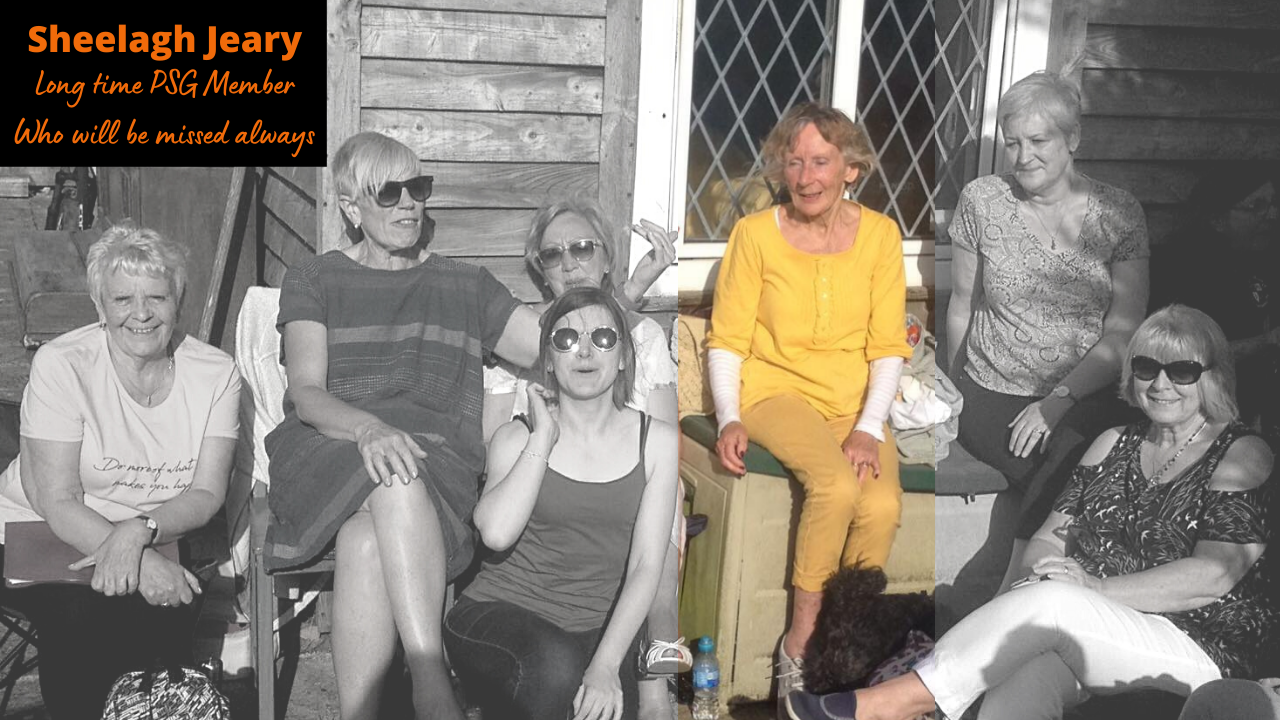